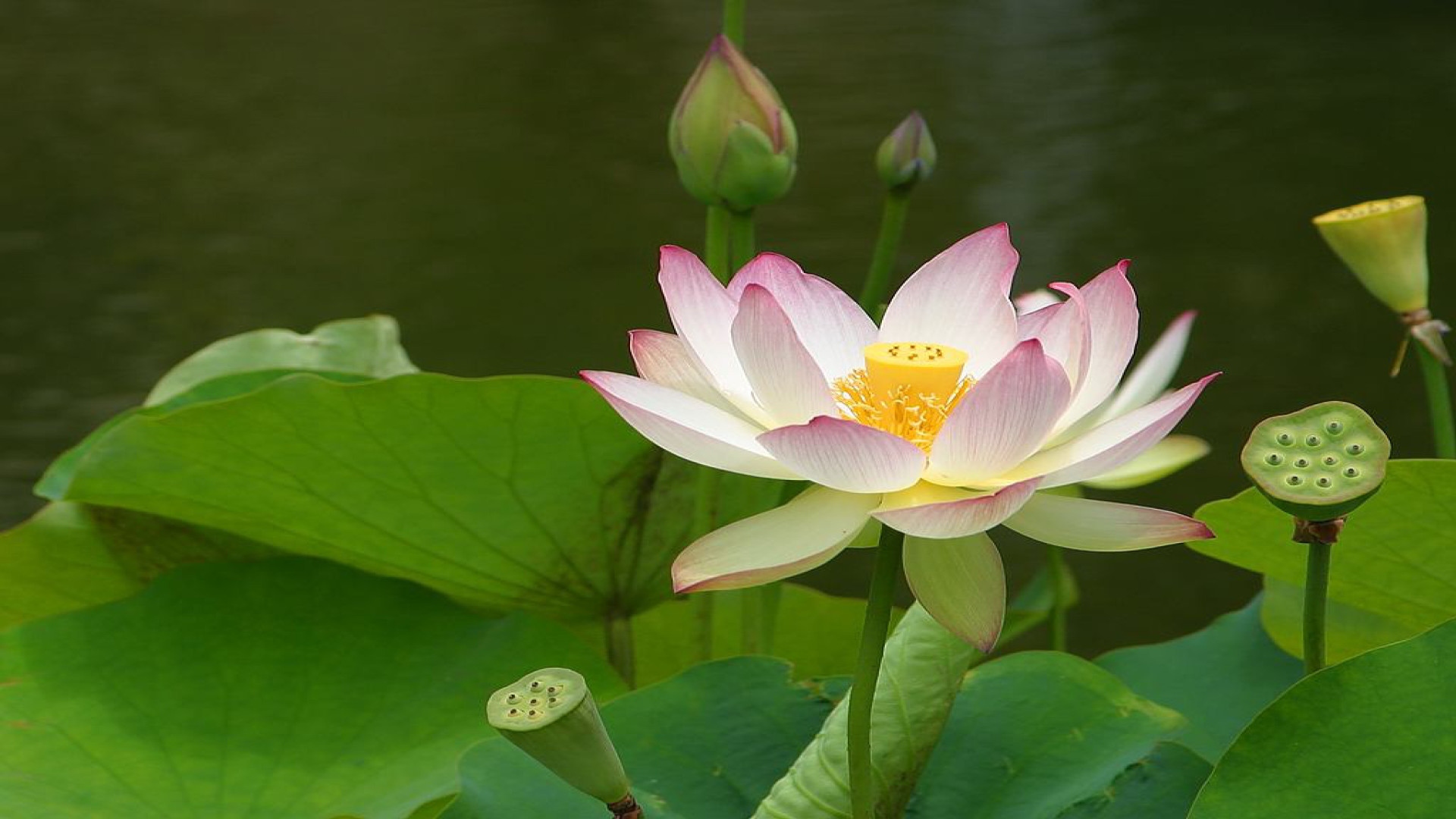 The man behind the Universal Religion is Swami Narayanananda. He was born in the jungle highland of Coorg South India in 1902. His parents had spent a long time in prayer in order to be blessed with a child, so when they got a handsome and healthy son, he was loved very much by not only his parents, but also by the entire village. The boy was called Nanjappa, and as a boy, he was, in general, like other young boys. But, however, engaged he was in playing and other activities, he used to sit quietly for half an hour in meditation in the mornings and evenings. After finishing his school and studies, he refused to get married. Instead, he renounced the world at the age of 27 and became a Sannyasin (monk).

Thus, he left his home and family in search of a Guru (spiritual teacher). After a long and exhausting journey, the young monk finally reached Belur Math outside Calcutta, the main center of the Ramakrishna Mission. It was here he meet the president, Swami Shivananda, a direct disciple of Ramakrishna. Thus, he met his Guru, who bestowed on him great love and affection. During his time in the Rama Krishna Ashram, Swami Narayananand developed a strong urge for God-realization and he strongly felt the need of a secluded life where he could do intense Sadhanna (spiritual practice). Lastly, his Guru was one day inspired and ordered him to proceed to the Himalayas for Tapasya and meditation and be merged in Samadhi. Living in Rishikesh of the Himalayas, in a small hut without any physical comfort, Swami Narayananda worked hard. Usually, he would sit for meditation and Mantra Jap about 12 to 16 hours a day, but often he went on for days and nights together without any rest or respite. As a result of this hard Sadhanna, Swamij Narayanananda attained, within a short time, the supreme state of Nirvikalpa Samadhi.

On the Shivaratri night in February 1933, the night of Lord Shiva’s worship all over India, Swamiji sat in meditation at midnight. Within deep concentration, his heart beats and breathing stopped automatically (Kevala Kumbaka). The body idea melted away, while his mind was completely absorbed in infinity or the Ocean of Consciousness by itself. Swamiji remained in this state of Nirvikalpa Samadhi for a long time.

Then his mind, though still at a very high state, slowly came down to the state of relative consciousness. After this rare attainment, Swamiji continued to live the simple life of seclusion in the Himalaya, without taking any disciples. Thus undisturbed by the world, he now engaged himself in the pioneering study of the mind’s functions, tracing them back to their hidden causes, using his own purified and one-pointed mind as a perfect laboratory. With marvelous ease, he penned volume after volume of supreme firsthand knowledge, revealing the hidden psychology of mankind, only to put the manuscripts away, unnoticed by the world.

During the partition of India and Pakistan in 1947, Swamiji witnessed the terrible bloodshed that was committed in the name of God and Religion. By seeing the wholesale slaughter, arson, kidnapping of innocent virgins and young woman, he felt pity for the suffering people, left his seclusion, established the universal religion, and began to accept disciples.

To start with, Swamiji did not want to make an organization. But over the course of time, the numbers of disciples increased in such a way that it finally became unavoidable to organize the movement. Thus, the universal religion was established in Swamiji’s name, with centers and Ashrams in many countries like India, Denmark, Norway, Sweden, Germany, USA, and now also Lithuania. At this time, many young western hippies, especially from Denmark, began to come to Swamiji in India. Having been experimenting with consciousness expanding drugs, they were now at the bottom of society and needed guidance and spiritual help. Swamiji understood them, helped them, and accepted them as his disciples and he soon got them on the right path. Many of these youngsters, inspired by Swamiji, went back to Denmark and other countries and worked hard establishing Yoga Ashrams and became monks and nuns. When Swamiji Narayananada saw their sincere struggle, he decided to come to the west to help his disciples and give them a start push. 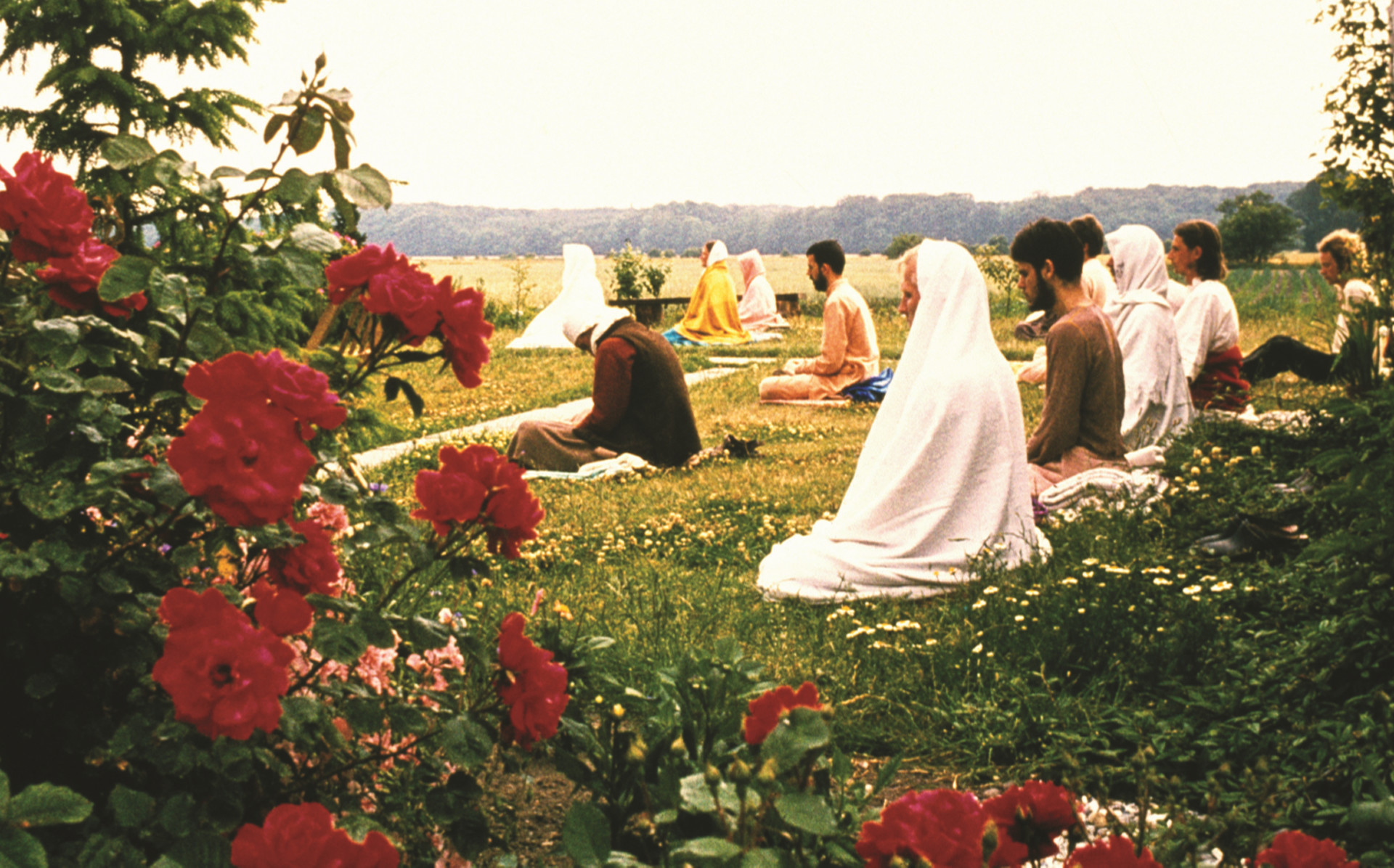 For 17 years, he came to the west and guided thousands of people in their spiritual life. Behind the unfoldment of this beautiful movement flows the blessing of a great soul who founded it and who is still carefully supporting its growth in the right way.

So, the new Universal Religion is growing day by day. May it spread to the whole world and make love, peace, and understanding to the whole of mankind.

The story of the Drumuliai Ashrama in Lithuania.

After the collapse of the soviet empire in 1991, a young idealistic monk from the main center of the Universal Religion in Denmark was visiting the country with the aim of trying to establish an Ashrama in Lithuania. Swami Suddhabrahmananda tells us:
“The main Ashrama in Denmark gave me money to try to help with the establishment of an Ashrama in Lithuania. So I arrived in the beginning of January 1992. Good heavens, how life was difficult over here. The country had just gained its independence from the soviet empire. There was hardly any food or other necessities of life. So together with other Lithuanians, we were struggling hard to maintain the first Yoga Ashrama in Lithuania. But it was turning out that we were too early with our message about the Universal Religion. The Russian tanks had not even left the country, so due to constant difficulties, everything fell apart and the Ashrama was closed dawn. Well, the main center of the Universal Religion in Denmark offered me to go to one of our ashrams in Germany, but it was difficult for me to give up and leave my struggle in Lithuania. So, I stayed in the country, took a pause, and collected strength. After some time, I wanted to give it another try and found a new place, near Sventoji, in the forest called Drumuliai, and as nobody dared to live in such a remote place, without electricity and running water, it was very cheap and as such was fitting to my economy. Even if the place with a little lake where very charming, the place was very primitive with two tree buildings, which were more like concrete skeletons — without windows or doors and with bushes growing inside.

“But since I needed peace for meditation, I was satisfied and could see the possibility for a future Ashrama there. So, however primitive the place was, I moved in. As there, in the beginning was no doors, I used a blanket as a door. There was also no glass in the windows, so millions of mosquitoes was visiting me at night. When I sat in meditation in the night time, bats were also curious, circling around me, and to make the whole thing more cozy, there was also ghost there, which was not at all satisfied with my company. Well, I got glass in the windows, installed a door, was free for the mosquitoes and the bats and had happy summer days near my lake with innumerable frogs and thousands of charming dragonflies. So, I started from the very bottom.

“Every spring I went to Denmark and sold amber there, which gave good money. Slowly I build up the Ashram. One girl who was working for the Lithuanian T.V. made a short film about the Ashram. It was only three or four minutes, but is was enough. The whole country learned about the little Ashrama and the jungle drums went on that a monk was living there who spoke nicely and knew a lot about the spiritual life. So even if everything was very primitive, people begin to visit and support the Ashrama. 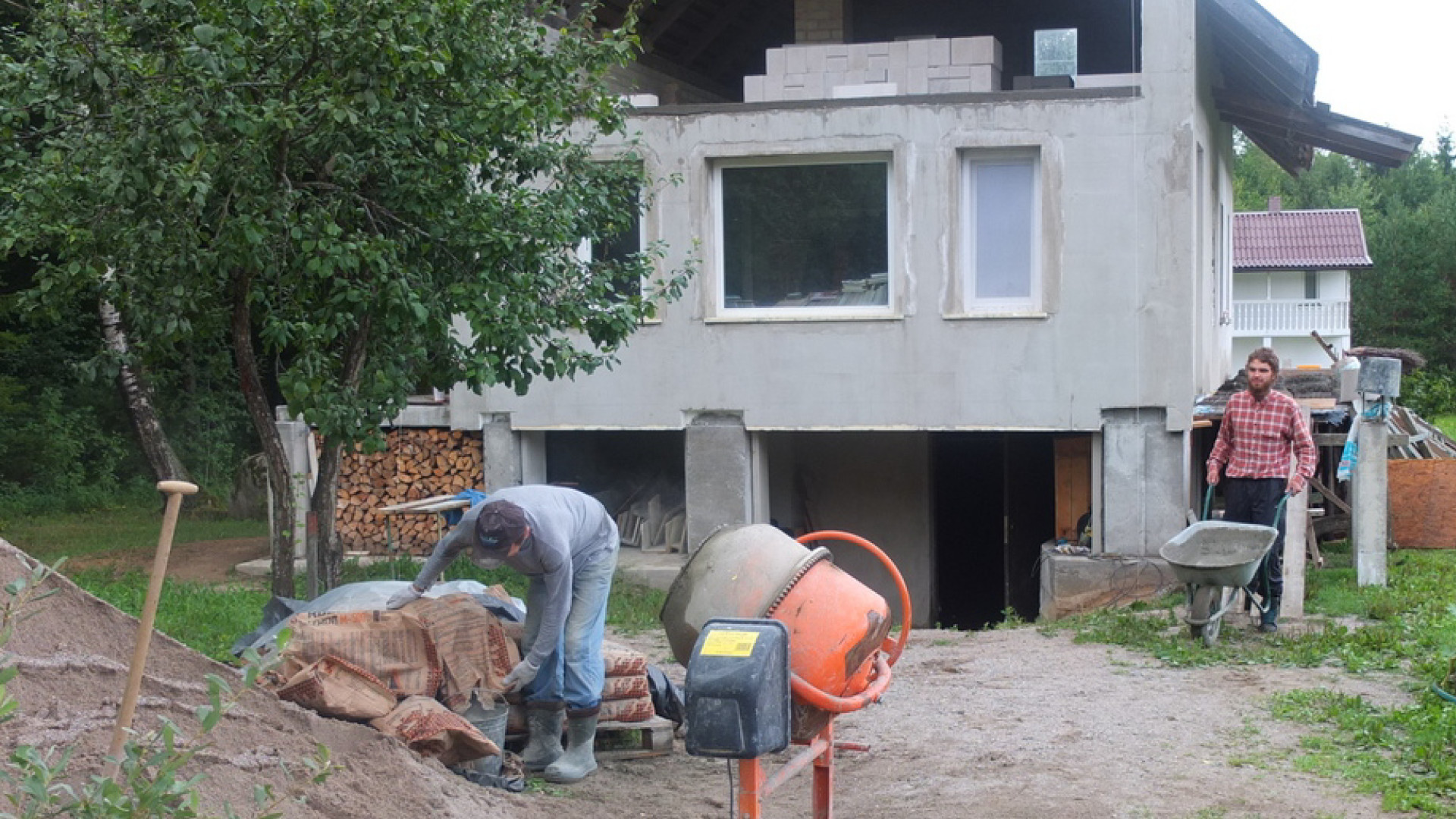 “So every Sunday, the Ashram is open to visitors, who take part in our weekly Satsangs with meditations, devotional music. spiritual talks, etc. The wintertime is good for meditation, and if it becomes too long and cold for excursions to our Ashram in the jungle-highland in south India, here the pleasant climate, the charming Indian culture is welcoming change to the ordinary winter life in Lithuania. As mentioned, the Lithuanian winters are a bit hard, and many are suffering, but then comes after long waiting the spring and life starts on a fresh again and we are opening Free spiritual Yoga Camps in our Drumuliai Ashrama with Hatha Yoga, study groups, meditation, vegetarian cooking, and other summer activities. It goes without saying that there’s no spiritual progress without self-discipline. So, in our Ashram, everyone who takes part in our activities must participate in our meditations 6:00 a.m. in the morning and 6:00 p.m. in the evening.”